The Four Seasons Toronto reboots its presence in the city’s Yorkville neighbourhood with a brand new hotel/condominium on the eastern edge of the fashionista and celeb area. Set to open in October 5, the luxury flagship hotel designed by non-other than world renowned Canadian interior design team of George Yabu and Glenn Pushelberg will feature Michelin Star Chef Daniel Boulud restaurant Cafe Boulud,Toronto’s largest spa, being coined as the next generation of Four Seasons properties that will have its 259 guest rooms and suites with tablets so that you can order room service, TV in the bathroom mirror which is a nice touch and seem to be the going luxury hotel trend  and I’m looking at you Ritz Carlton Toronto and Trump International Hotel and Tower Toronto. The residences all 210 of them will surely won’t disappoint, for longer stay if you can afford it for a bit of luxury bliss. Interesting bit though, the penthouse which claims the entire 55th floor of the West Residence sold for $28 million last year and is the most expensive condominium sold in Canada. 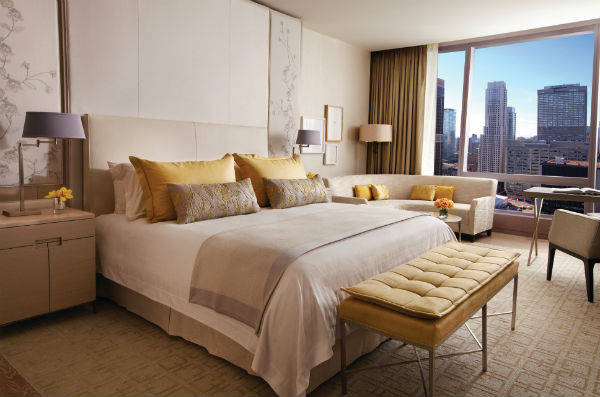 I’ve always been a fan of the Four Seasons Toronto Hotel way back when they were at the Avenue Rd. location, great to see an iconic hotel fixture bask within it’s own glory and rejuvenation. Looking forward on visiting the hotel and get my dose of luxury.

I am a retail stylist, hotelier, lifestyle blogger, social entrepreneur and a global citizen. Connect with like minds, Inspired and do – we’re social animals. So I invite you to read my blog, follow me on twitter, and message me and say hello. I’m looking forward to get to know you too…

This is a personal weblog. The opinions expressed here represent my own and not those of my employer. Most images on this blog are property of the author, some images taken from the web with no intention of ownership, if you would like an image removed please let me know. In addition, my thoughts and opinions change from time to time…I consider this a necessary consequence of having an open mind. This weblog is intended to provide a semi-permanent point in time snapshot and manifestation of the various memes running around my brain, and as such any thoughts and opinions expressed within out-of-date posts may not the same, nor even similar, to those I may hold today.